About the Precinct 4 Constable's Office

The Harris County Precinct 4 Constable's Office is led by Constable Mark Herman who has been with the Department since 1986.  In May of 2015, Mark Herman was appointed Constable and was elected on November 8, 2016. Since then he has served as your Constable.  The Department serves the citizens of North Harris County, Texas which is one of the fastest growing areas in the nation. North Harris County includes Atascocita, Kingwood, Humble, Spring, Klein, Tomball, Jersey Village and Cypress. As a result, the Department is now the largest constable's offices in the nation in both personnel and in population size.
​
The Department currently has seven stations located throughout Precinct 4, including the department headquarters, five substations and a training academy.  The operational structure of the Department consists of several divisions and specialty units that perform a  wide variety of law enforcement and civil functions including patrol, regulatory enforcement, computer crimes investigation, special investigative services, writs, and warrant service.

The Department's sworn law enforcement personnel are categorized by rank which ranges from deputy to constable. One of the main functions of the Precinct 4 Constable's Office is patrol. The Department provides safety and protection to its citizens via community based policing and pro-active law enforcement efforts.  In addition to normal patrol operations, the Department conducts regular DWI and warrant task force operations to make the roads and community safer for us all. The Department serves a significant role in computer crimes investigation and played a key role in the establishment of the Houston Regional Computer Forensics Laboratory (RCFL) as well as an Internet Crimes Against Children Task Force (ICAC) which serves the Greater Houston Area. Our High Tech Crimes Unit provides support and services to any law enforcement agency requesting assistance. The Department also created a Criminal Investigations Division to focus on specific types of criminal behavior that fall outside the normal scope of patrol operations. 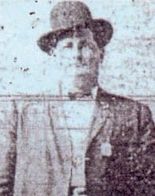 W. Clinton Harless, Harris Constable County Precinct 7 died April 15th, 1915. Constable Harless of the Spring Precinct drove up to the house of Louis Utley and called to him that he had a warrant for his arrest. Utley asked the constable if he could go inside and get his hat and coat.A moment later Constable Harless saw the glint off a rifle barrel through the window. The constable jumped from his buggy, but not soon enough to dodge the bullet that struck him in the neck. Harless was conscious until a few minutes before his death the next day. The bullet had severed his spinal column. Utley was arrested in Livingston.

On November 8, 1932, Mr. Marvin Alton Winter was elected constable of Precinct 4, Harris County,Texas and held that office until his death in 1937. On Friday, December 3, 1937 Mr. Winter was on duty and responded to investigate a car accident five miles south of Humble,Texas on Highway 35. While directing traffic at the scene of the accident,Mr.Winter was struck by two cars traveling in opposite directions pinning him in between the two cars. Mr.Winter died as a result of his injuries on December 4, 1937.

Note:  Precinct 4 has been redistricted over time and more than one Constable may be listed for a given term below.